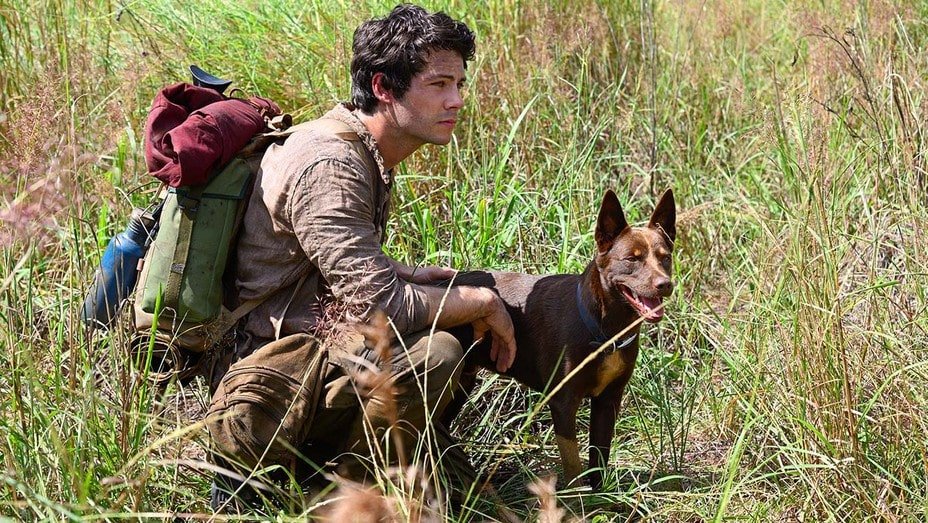 Hi, I am Kabir and today I am going to review Love and Monsters, which stars the charismatic Dylan O’Brien as the lead alongside with Michael Rooker, Jessica Henwick, and Ariana Greenblatt. Love and Monsters is directed by Michael Matthews, and the screenplay is written by Brian Duffield and Matthew Robinson.

Love and Monsters follow Joel Dawson who lives with a colony in an underground bunker after a monster apocalypse seven years in the past, to protect himself from the mutated monsters on the surface. But he decides to go to his high school girlfriend who lives 80 miles away with her colony. In his seven days journey, he meets a dog, Clyde (Michael Rooker), and Minnow (Ariana Greenblatt) who teach him how to survive on the surface.

I loved the movie and the whole experience, Love and Monsters has everything from character growth to romance, from comedy to heart-melting moments and it delivers all of it in a way that is entertaining and concise at the same moment. I have been a fan of Dylan O’Brien since The Maze Runner Series and he really shines in the movie as Joel Dawson, you can feel he is totally into character and he gave his 100% and maybe that’s why this movie is so great. I would like to talk about another character and that is Boy (the dog). Boy and Joel literally make this movie worth watching, their relationship is really heartwarming. Everybody has done a phenomenal job, for example, Michael Rooker who more or less plays himself as the survivalist Clyde with his partner in crime Minnow (Ariana Greenblatt), who is also memorable, their father and daughter like the duo is quite good.

Even though this movie has monsters in it, they use them quite sparingly which is also another good thing about this movie, it gives most of its time to the characters instead of a big CGI monster fight, but when the monsters do show up it is fantastic every scene is gold, from monsters designs to the scene choreography.

What do you think?

Tell us in the comments, what do you think about Love and Monsters, and is it a perfect watch for you. You can rent it on Amazon Prime for 19.99$.

The Trial of the Chicago 7 – Review!! (The Whole World is Watching)