Cinemablind
Home Netflix Netflix’s Project Power – Will you take it? 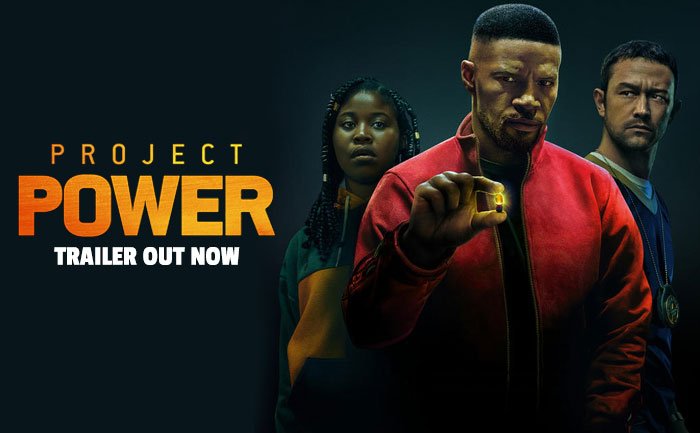 Jamie Foxx and Joseph Gordon-Levitt starring this Netflix Original are about a drug that gives you unlimited and pure power for a total of five minutes. ‘Jamie Foxx’ plays the character named Art, who is trying to find his daughter because she was kidnapped by the people behind Project Power.

This drug is highly lucrative and many people would take it ina heartbeat but first, you have to know everything there is to know about Project Power, now some of it is speculation and some of it is mentioned in the trailer. So, let’s start.
As it says above Project Power is a drug that gives you unlimited power for five minutes but is that all, do you really believe that after handling that immense amount of power and changing your body in a matter of seconds doesn’t have effects on your mentally and physically. Power drug doesn’t give everyone the same powers it heightens the festering powers inside us for example in the trailer someone becomes invisible or someone becomes a human torch lighting his whole body on fire but do you really think that it doesn’t have lasting effects because a man was on fire for whole five minutes and after changing into normal again while his whole skin is burnt or will it just be like nothing happened. Like any other drug it must have a withdrawal process and as for the effect of the drug is so massive as will the withdrawal it may also kill you only after using it for one time.
Now we have told you as much as we know about Power Project – The Drug now please tell us in the comments would you still like power for five minutes that would make you invincible but it also may kill you.

Project Power will premiere on Netflix on 14 August 2020.

Thank you for reading the article don’t forget to share it and tell us in the comments will you take the drug or not?
Advertisement
Prime Video - Free Trial