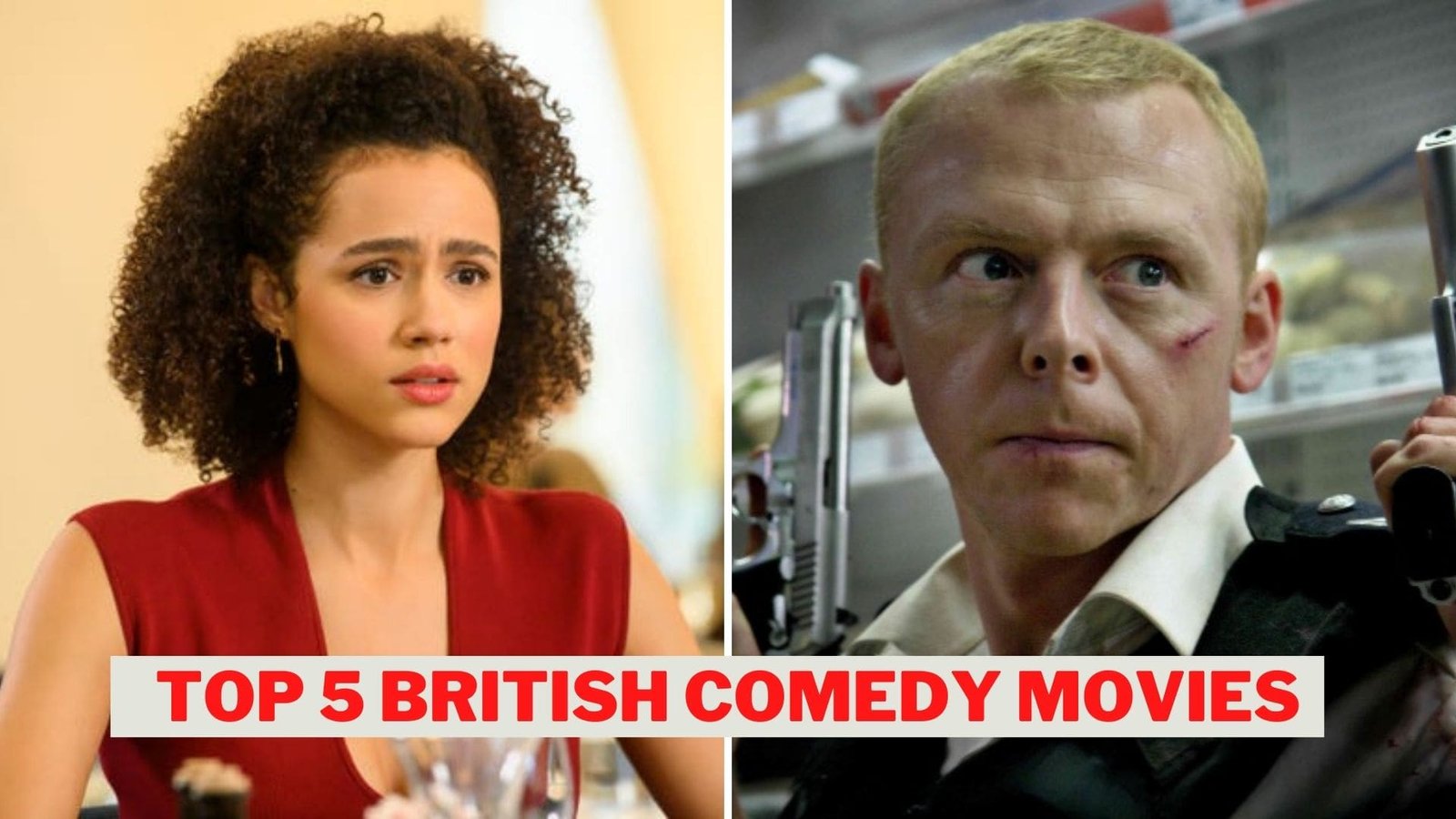 In this list, I am going to mention the Top 5 British Comedy Movies that I think are the absolute best but it doesn’t mean that there are only five good British comedies there are more but for now, this is what we’ve got. There will be no particular order in the list below I think all movies are worth your time.

1. Shaun of the Dead

Simon Pegg starring this comedy centers around Shaun who is a lazy salesman but his life takes a turn when there is a zombie outbreak and he has to singlehandedly deal with an entire community of zombies. Directed by Edgar Wright this movie is an absolute treat for the audience.

Police Officer Nicholas Angel is well known across London for his bravery and good work. Jealous of his achievements his seniors transfer him to a quiet town but he finds a dark secret in the roots of the town.

3. Four Weddings and a Funeral

This movie revolves around a good-natured introvert whose name is Charles as he tries to discover his true feelings for Carrie while he attends the wedding of four of his friends and a funeral.

During an interview, British Cabinet Minister Simon Foster delivers an off the cuff remark about the war in the middle east and then the Profane political spin doctor Malcolm Tucker tries to cover up this faux pas of the Minister after this the Minister is invited to Washington D.C. where a words brew between the politicians as they deceive each other before a U.N. vote on military action.

This movie revolves around a group of friends who become unemployed after the steel mill they work at shuts down. So, they decide to get involved in the stripping business to earn a living. They, even their last of the savings to get started.